Read This or Die – Brian Kurtz

Read This or Die – Brian Kurtz 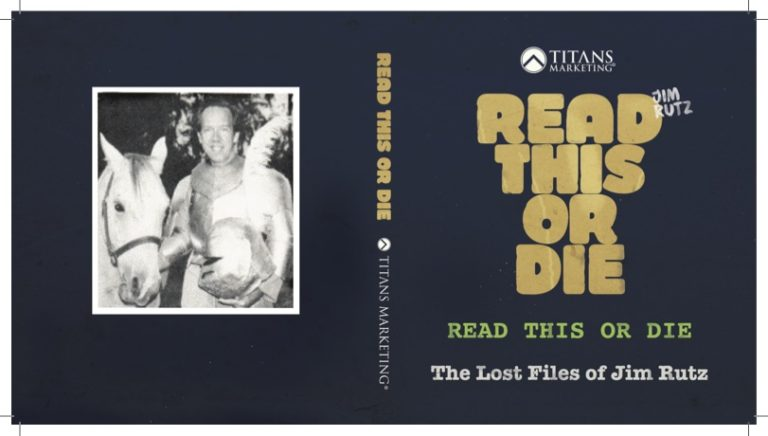 Read This or Die Information

Have you ever wondered how much higher-performing, profit-producing copy you could write if you were able to “pick the brain” of one of the greatest copywriters who ever lived?

Not just a copywriter who is “good.”

Or even a hallowed A-Lister.

But someone with a unique ability to produce industry-shaking breakthroughs? The type of copywriter who comes around only once or twice a decade?

Well, on this page, I am going to share with you a rare opportunity to do just that.

Jim Rutz was known as the guy you called when you needed a control that could pull record-breaking response.

He could—with a flick of his pen—generate millions in revenue. Hundreds of thousands of new customers. And quite literally build businesses on the back of a single promotion.

He commanded fees up to $100,000 per package—plus hundreds of thousands more in royalties too. And if you count for inflation, that means Jim was raking in a cool half million for writing a single sales letter.

But even with those outrageous fees, he had all the best direct-marketing companies of the day vying for a slot on his calendar. Companies like, Boardroom, Phillips Publishing, Rodale, KCI Communications, Agora and more.

In other words, Jim was so good that…

His calendar was booked solid with the best, most prestigious clients of the day… even though he charged double, triple, and even quadruple the rates of other copywriters

And he was worth every cent.

I can say that with certainty because during my 22 years as the Executive Vice President of Boardroom, I was lucky enough to work closely with Jim on some of his most breakthrough packages.

It wasn’t until I visited Jim at his Colorado Springs home that I came to realize just how it was that he got to be so good.

I had worked with Jim for years by that time. And we had mailed millions of his direct-mail packages selling Boardroom’s highest-grossing books and newsletters.

And because he seemed to have a constant outflow of “knock you on your butt” ideas, I had always sort of assumed that writing brilliant, breakthrough copy came easily to him.

But then I visited Jim’s home. And when he opened the door and led me inside, I saw that…

He didn’t have a single piece of furniture anywhere in sight!

Instead, he had stacks and stacks of ad copy he had gotten from the biggest mailers of the day.

And that is how Jim got to be so good.

Jim continued to build his copywriting skills head and shoulders above those he competed against by reading, studying, and absorbing every bit of control copy he could get his hands on.

And with all that control copy “bouncing around his brain,” it is no wonder Jim pumped out what seemed to be an endless number of winning ideas, such as…

Maybe you’ve heard about the “magalog.” It’s a long-form sales letter with lots of sidebars and order forms that masquerades as a magazine.

But what you might not know is that the magalog was the brainchild of Jim Rutz and a top-notch designer named Ed Elliott.

And unless you’ve been in direct-marketing as long as I have, you probably don’t know just how truly groundbreaking the magalog was.

In fact, Gary Bencivenga, who is widely known as “The World’s Greatest Living Copywriter,” said in one of the few interviews he ever granted that…

“As soon as I saw that first magalog, I knew these guys had done it.”

They had “done it” indeed.

Because the magalog—plus the “bookalog” and other formats it spawned—became so successful that almost no other direct-mail format is used by any of the major mailers then or now.

Which is why Boardroom, Rodale, Phillips Publishing, Agora, and many of the biggest names in our industry will tell you that they used the magalog to not only build entire product lines, but…

In some cases they used it to build entire businesses

One of Jim’s most notable promotions was a “bookalog”—the book version of a magalog—he wrote for Phillips Publishing with the infamous headline:

This legendary promotion sold a whopping 100,000+ subscriptions for Phillip’s Publishing’s “Alternatives” newsletter despite breaking every headline “rule” known to man.

I can’t say for sure how many subscribers this promotion generated for their newsletter Alternatives, with Dr. David Williams as the “guru.” But word on the street is the number was somewhere north of 100,000 new subscribers at $39 to $79 a pop.

This promotion brought in $6 million or more in revenue… on the front end alone.

And when you count the year-after-year subsequent renewal revenue… the high-priced air filters and water purifiers sold to subscribers on the back-end… and the hordes of new subscribers who would rabidly buy Dr. Williams’ recommended supplements from Phillips’ nutritional supplements subsidiary, Healthy Directions…

That’s the power of studying Jim Rutz’s copy and using the same principles to create your own breakthrough promotions.

If you’re a copywriter, it can put you on the map and get the best, most prestigious clients lining up to work with you.

If you’re an offer owner, it can potentially add a zero to your yearly sales or even your profits.

And with all that success surrounding Jim, it is easy to see why A-Listers like David Deutsch and John Carlton sought him out when they were looking for a mentor.

It’s also why—especially since Jim passed away in 2014—savvy copywriters and marketers have searched far and wide for samples of his work to study and learn from.

Yet all too often, they’ve come up empty-handed.

Because even though Jim was a “founding father” of our industry…

His work and teachings are extremely rare.

Jim never sold a course on copywriting. He never promoted himself as “guru of the month.” And outside of the small handful of publishers he called clients and the few copywriters he taught…

That’s why, unless you were on lots of mailing lists in the ‘70s, ‘80s, and ‘90s… and you happened to get and save one of Jim’s breakthrough promotions…

It is nearly impossible to find any of his work today.

In fact, Lawrence Bernstein—the “world’s most obsessive ad archivist” and the man behind the popular Info Marketing Blog—confirmed this.

Telling us that he, even after a lifetime of looking, had only one or two Rutz pieces in his personal swipe file.

Which shows you just how rare these promotions are.

Here’s what you’ll get in Read This or Die

Read This Or Die: The Lost Files Of Jim Rutz

To help you decide if it’s something you really do want, here’s a quick overview of everything you get when you pick up this one-of-a-kind collection today:

The fact is, you have the chance to own the swipe file of one of the greatest copywriters who ever lived.

But with everything included above, this collection goes way beyond a mere “swipe file.” 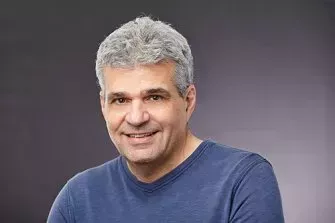 Helps 6, 7, 8, and 9-figure direct-marketing brands build businesses that are more profitable and impactful, too

As you might know, my name is Brian Kurtz. For nearly 40 years I have followed a specific set of direct marketing principles that helped me build an iconic publishing company to $150 million at its height.

Today, I use these principles to help my 6, 7, 8, and 9-figure clients and mastermind members build businesses that are more profitable and more impactful too.

During my career, I’ve been able to hire, be mentored by, and even teach many of the most legendary and highest-paid copywriters who have ever walked the earth. 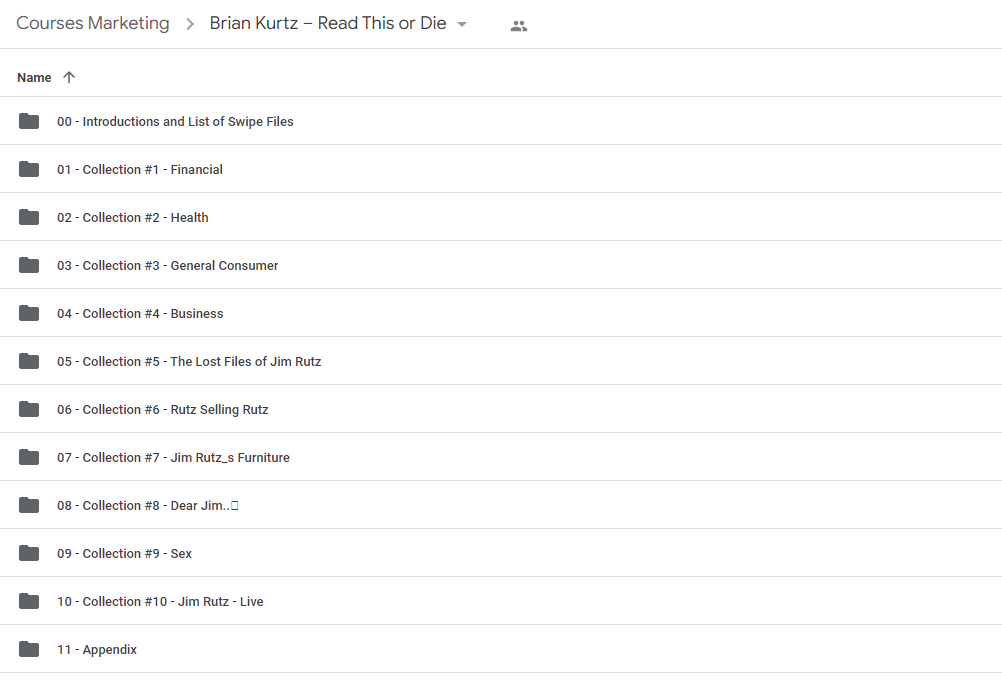